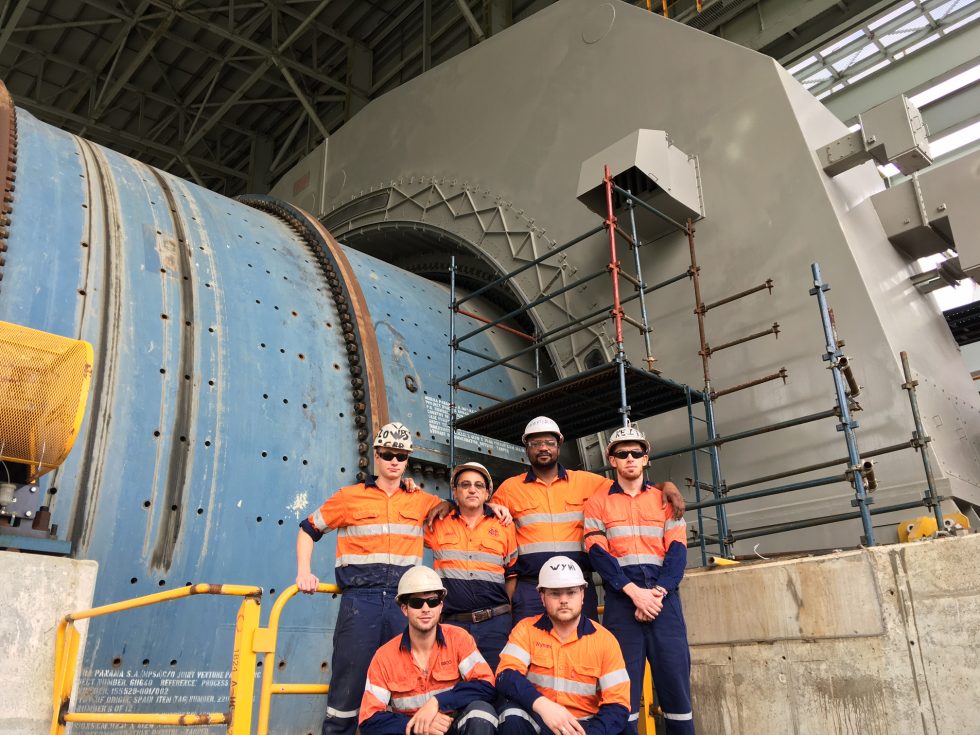 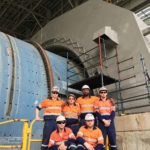 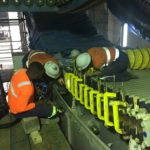 The Marthinusen & Coutts team brazing the coil to the coil stator connections.

Marthinusen & Coutts, a division of ACTOM, recently executed the sub-assembly of six gearless mill drives for Minera Panamá’s remotely situated Cobre Panamá project in record time, and as a result was able to hand the machine over to the mechanical teams for professional assembly well ahead of schedule.

Minera Panamá, the Panamanian subsidiary of First Quantum Minerals, is currently developing the Cobre Panamá project, located in Colón province. The mine life has been estimated at more than 30 years and will produce around 300,000 t/y copper, 100,000 oz/y gold and 2,500 t/y molybdenum.

Marthinusen & Coutts has a proven track record partnering with customers on similar complex projects, while still being able to offer a cost competitive solution. Significantly, this leading repairer of rotating machinery has an established reputation as an expert in gearless mill drive refurbishment, winding termination and testing of motor segments.

Projects previously successfully completed by the division include the installation of six Siemens gearless mill drives at various mines in north west Zambia.

Of the six ABB gearless mill drives being installed at Cobre Panamá, four will power ball mills and the other two will drive SAG mills. Importantly, these massive machines are among the largest ever installed in the world and were transported in quartered sections to site for assembly in-situ.

The sheer size of the machines, with inside diameter of 14 metres, presented challenges of its own with each segment weighing approximately 80 t. Work was done on four different positions on the machines simultaneously, 3 o’clock, 6 o’clock, 9 o’clock and 12 o’clock.

Commenting on the role that Marthinusen & Coutts played in this project, Divisional CEO Richard Botton says that a team of six highly competent and skilled technicians was responsible for the completion of the project within extremely tight time schedules. Work on the machines was performed back-to-back and this was accomplished using induction brazing equipment, and a bar wound winding with separate upper and lower stator bars, as opposed to set diamond lap-wound, formed type coils.

“The depth of experience and technical competence within our team proved vital to the successful completion of the work, especially given the various challenges encountered on a daily basis,” he says. “The average execution per machine took just 28 days.”

Another major challenge that the team had to contend with was the adverse weather conditions at the location. This region receives between five and seven metres of rain per year, with ambient temperatures often exceeding 35 degrees C and humidity levels above 80% on a daily basis.

Botton says that working closely with the OEM – ABB – on this project, was also vital to its success. He pointed out that it is not unusual for Marthinusen & Coutts to partner with OEMs on projects such as this.

Marthinusen & Coutts has an established reputation for undertaking complex projects in remote locations and delivering these on time and within budget, and most importantly to the required OEM specification.