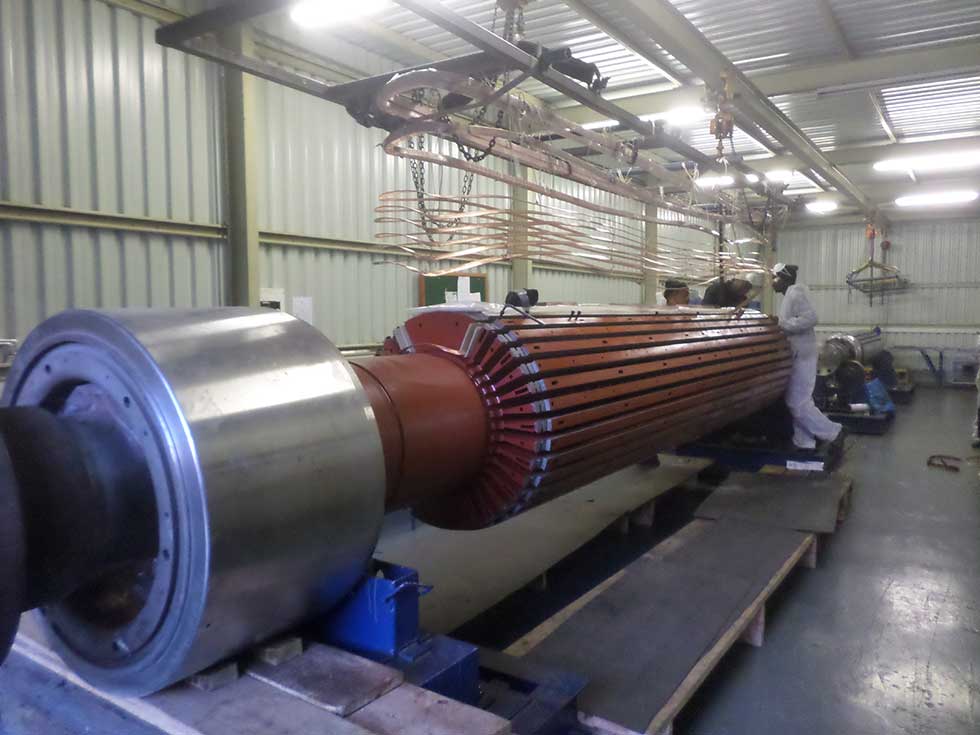 During the past year Marthinusen & Coutts (M&C) has purchased a wide range of additional equipment for its dedicated Power Generation facility in Benoni to further boost its generator repair and refurbishment capabilities.

“The equipment, the bulk of which is brand new, is just the latest in a series of investments running into tens of millions of rands that we have put into Power Gen over the past three years to bring its capabilities up to the highest possible standards to meet the needs of the market,” said Richard Botton, M&C’s Divisional CEO.

“It is part of an ongoing strategy we have pursued since acquiring ACTOM Turbo Machines five years ago and the subsequent acquisition of Generator Technologies (Gentech) three years ago to provide a full electro-mechanical service to users of turbines and generators,” he explained.

ACTOM Turbo, based in Sasolburg, is a specialist mechanical repairer of power generation equipment. Gentech, a longstanding provider of repair services for generators, was merged into Power Generation, thereby strengthening the expanded operation both in skills and equipment.

“Following the latest equipment purchases, M&C’s Power Gen facility is now the largest privately-owned service provider of its kind in Sub-Saharan Africa, having the capability to service power plants of up to 150MW,” Richard stated.

In addition M&C has recently installed three large clean condition rooms in the Benoni plant, two to be used for rotor rewinds and the third for stator rewinds, plus a large dedicated sand blast room for cleaning of rotors and stators. The division has also developed and equipped three 20 foot site services containers and one 40 foot container for deployment in the field, mainly for use on projects in remote areas.

“Most of the M&C division’s investment of the last several years has gone into developing our Power Gen facility, which together with ACTOM Turbo on the mechanical side and working closely with their respective international technology partners, have grown to become the top service providers in the market, offering a full centre-line electro-mechanical solution to industry,” Richard concluded.