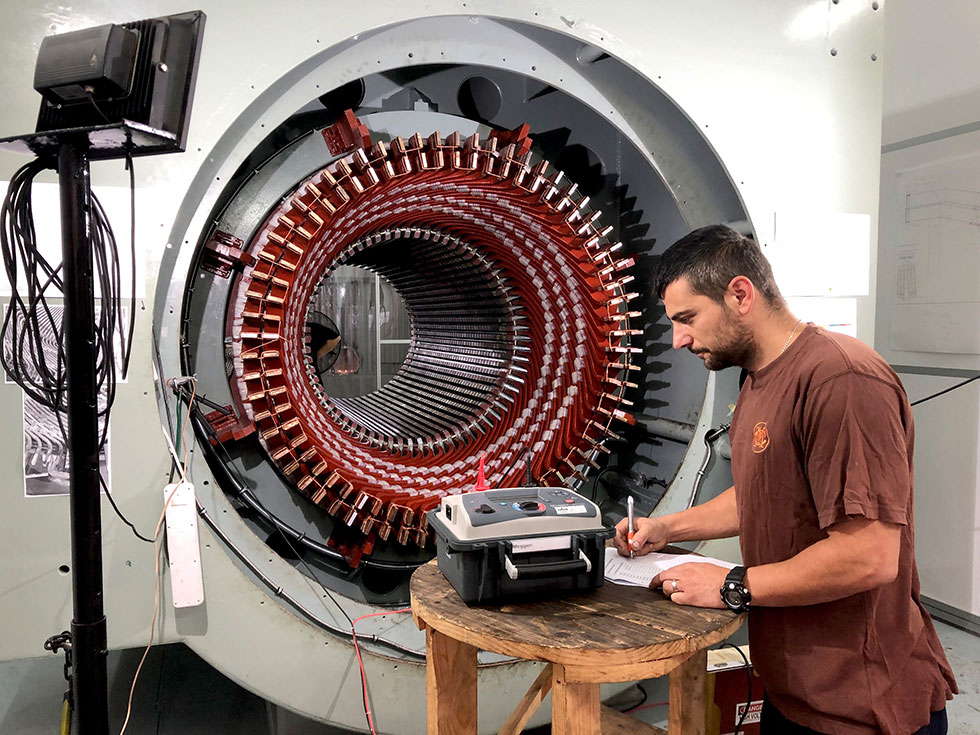 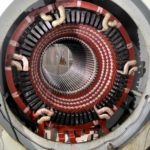 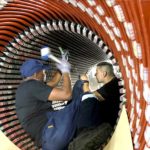 Final test results were found to be the best among many such tests conducted on similar equipment over a period of several decades.

Marthinusen & Coutts recently provided a solution to an irregularity that occurred in the stator of a large 36MW compressor motor deployed at Sasol’s Secunda plant.

The results of final tests, conducted by H.V. Test Filed Services on the stator after M&C had completed all the necessary repairs on it, were found to be the best among many such tests conducted on similar equipment over a period of several decades.

Initially a Sasol maintenance team discovered during a routine inspection in January 2018 that the flux shield mountings on the stator were faulty, whereupon Sasol awarded M&C a contract to identify the cause of the irregularity and offer a remedy.

“We tested the stator winding, which we found to be fine, but confirmed that there was a defect in the flux shield and recommended that it be repaired, as there was a risk of it damaging the winding if left to continue operating in its existing condition. To repair the flux shield meant also having to remove the winding and perform a rewind on the stator,” said Rob Melaia, M&C’s engineering and technical executive.

Sasol accepted M&C’s recommendation and in August last year assigned it to perform the required repairs. “In addition to replacing the old bars with new bars purchased from a reputable coil manufacturer in the US, we did a very specific modification to repair the flux shield to prevent a recurrence of the defect in the future,” Melaia stated.

The solution M&C’s repair team provided was to fit copper braid straps from several points on the flux shield to the stator body to reroute the current in such a way as to prevent a repeat of the damage as witnessed. To confirm the effectiveness of the solution M&C arranged to have the refurbished stator tested by local independent test authority H.V. Test Field Services.

Partial discharge and Tan Delta tests were conducted, being the recognised tests for determining the integrity and efficiency of medium voltage windings. The results were:

“These test results were the best ever to be achieved among the numerous machines on which HV Test has conducted tests of this kind!” Melaia pointed out.

“We have every reason to be proud of this outcome as it says volumes about M&C’s expertise in this field, both in terms of correctly diagnosing and repairing faults in a wide range of large rotating equipment, as well as providing the appropriate and most effective solutions for them,” he concluded.